Home / About / Story of Adhocracy

Adhocracy, as a concept, is nothing new. Yet in 1968, Warren Bennis coined the term ‘adhocracy’ in his book The Temporary Society, but it becomes much more popular in 1970 by the hand of Alvin Toffler and his international bestseller, Future Shock. Often used in the business field, the concept becomes known as ‘adhocism’ in the architecture and design context in 1972, when Charles Jencks and Nathan Silver wrote their book with the same name, where Jencks wrote “Adhocism is the art of living and doing things ad-hoc—tackling problems at once, using materials at hand, rather than waiting for the perfect moment or ‘proper’ approach.” Later on, in 1990, Robert Waterman Jr. mention the term adhocracy for the first time, referring to it as “any form of organization that cut across normal bureaucratic lines to capture opportunities, solve problems, and get results.” Since there, the economic growth of the 90s and early 2000s probably took out from the daily workflows and routines, the notion of an ad-hoc approach, at least in the Western world.

Since 2008, after the global financial crisis, the struggles and riots in different cities around the world reclaiming their rights, provoked that the feeling of collectivity was rediscovered and the public space the place where this happened. Paired with the fast development of new technologies on the same years, the rise of social networks, smart phones and easy access to the Internet, allowed the creation of networks working together even if their members where delocalized; with the aim to give responses to that uncomfortable and unfair situation, and this was and easily transformed into a fast response in the design and architecture field, mostly all mostly based on a techno-optimistic approach, without really thinking or reflecting on the basis of the economic, political and social problems. 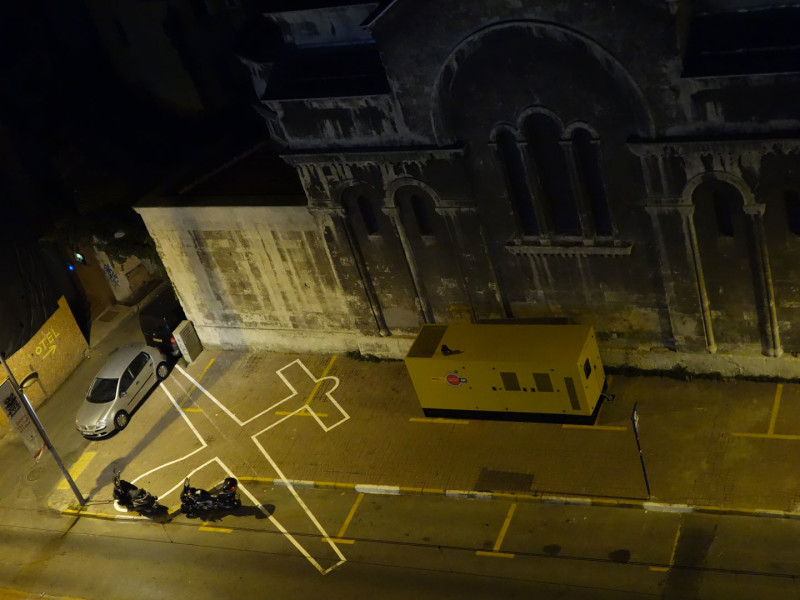 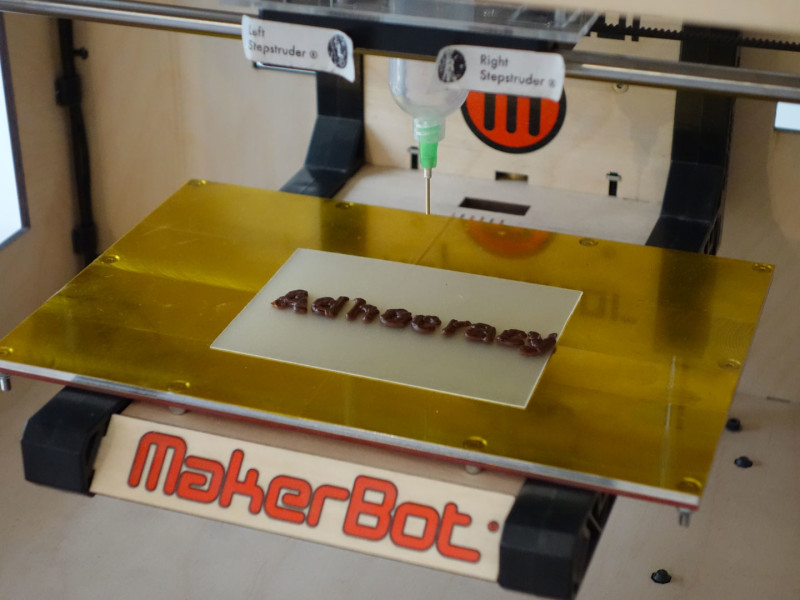 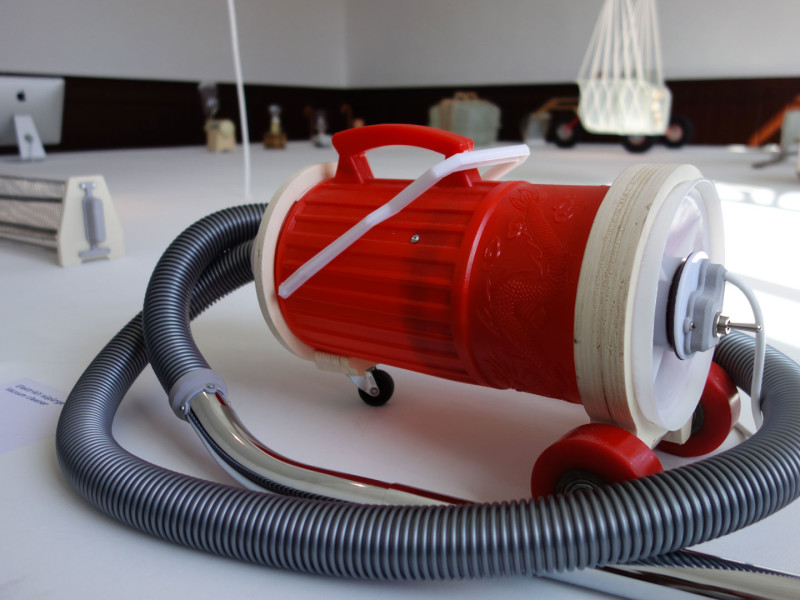 The effect of the Internet on the dynamics and organization of the production models and the fast emergence of technologies such as 3D printing, and digital fabrication, where the focus of the famous article “The Third Industrial Revolution,” published in The Economist in April 2012. The basic statement of that article can be summarized quoting them, “The first two industrial revolutions made people richer and more urban. Now a third revolution is under way. Manufacturing is going digital […] Like all revolutions, this one will be disruptive. Most jobs will not be on the factory floor but in the offices nearby, which will be full of designers, engineers, IT specialists, logistics experts, marketing staff and other professionals.” This was the very first starting point of the exhibition Adhocracy, curated by Joseph Grima for the 1st Design Istanbul Biennial in 2012, accompanied by associate curators Elian Stefa, Pelin Tan, and Ethel Baraona Pohl.

Joseph Grima’s motto ‘This is an exhibition about people who make things,’ was clearly represented by a selection of works dealing with the notion of new ways of ‘doing things’, by the use of new technologies, communication networks, digital tools, DIY manufacturing, and more; and also evaluating its effects on the public space, and the city. The emergent radicality of social movements started to have consequences in the political and economic context; and a series of projects on the exhibition analyzed, researched and proposed different ways of engagement from the design and architectural practices, on that ever changing context. For this first exhibition, Grima wrote, “Adhocracy argues that rather than the closed object, the maximum expression of design today is the process—the activation of open systems, tools that shape society by enabling self-organization, platforms of collaboration that only partly conform to the capitalist model of competition, and empowering networks of production.” This way to go from the solely use of new technologies to a different type of collaborative networks can be find in several projects, from nano-drones to hand made urbanism, the visitor was able to learn about 3D printed food, crowdfunding processes applied to urban design, self organized communities reframing their local economies, and open source projects based on the concept of knowledge society, among others. 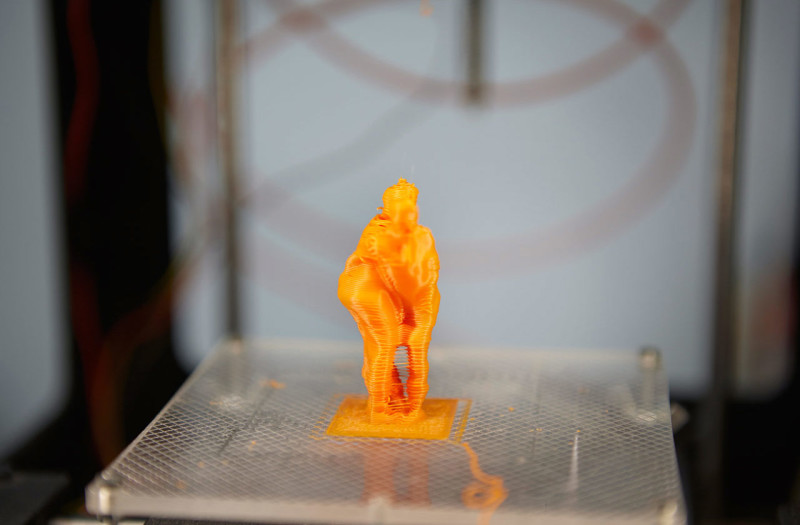 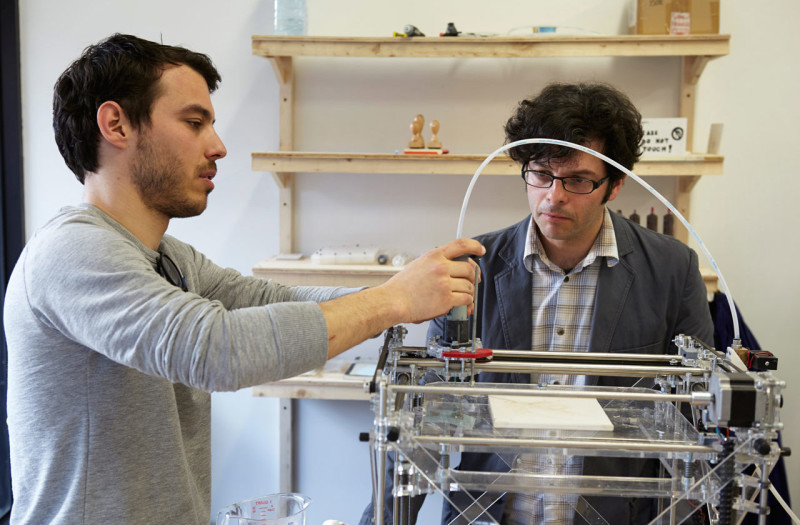 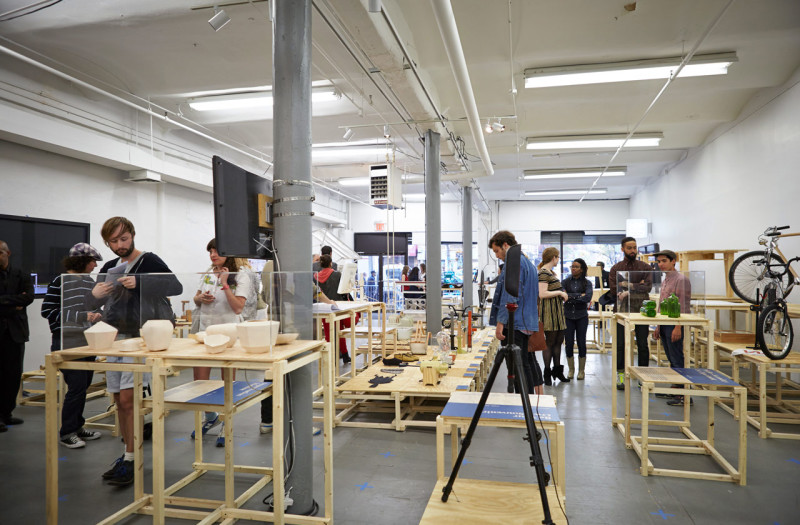 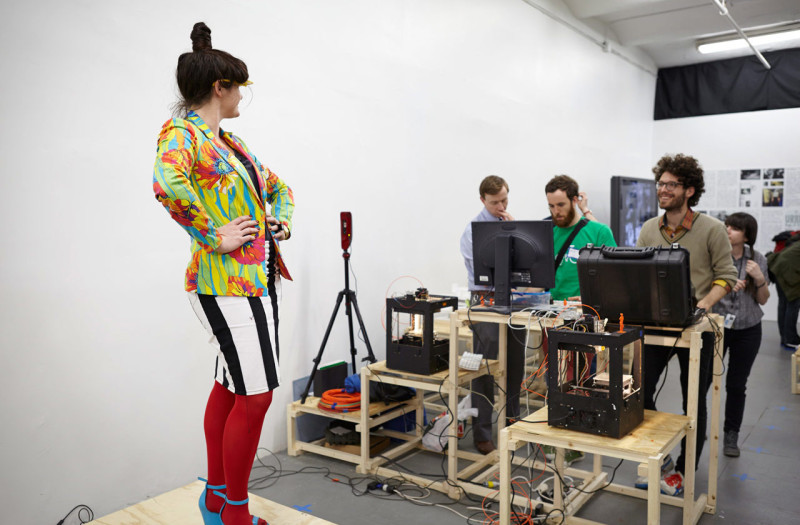 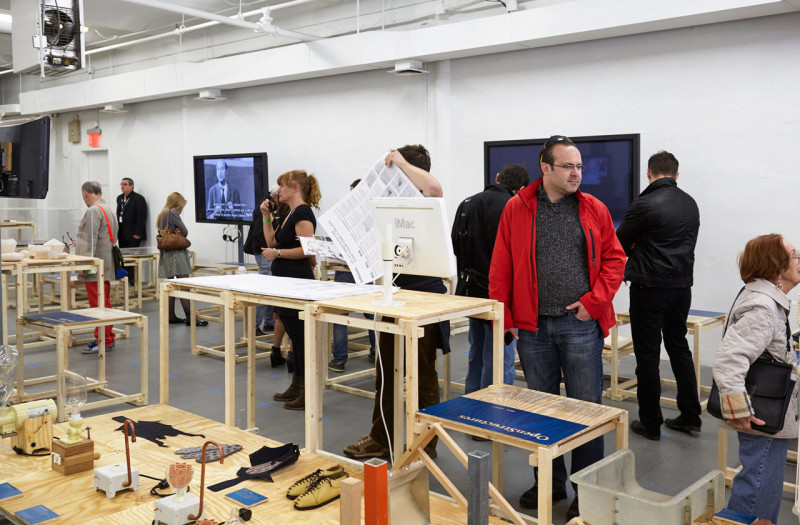 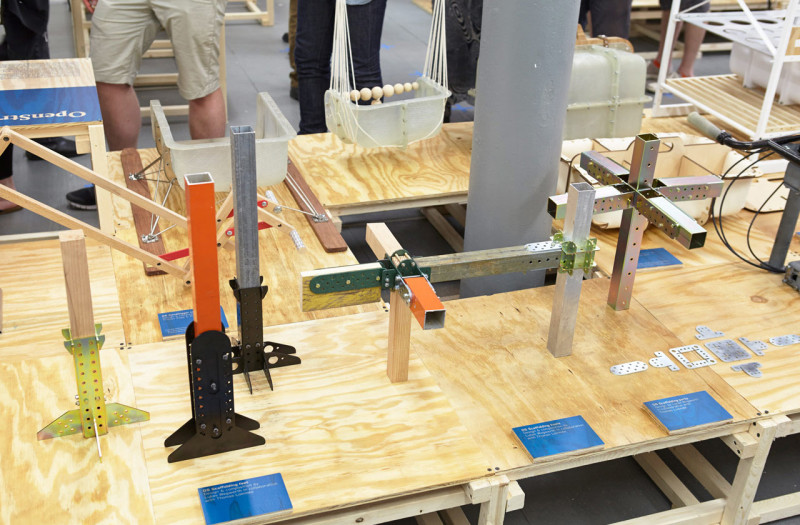 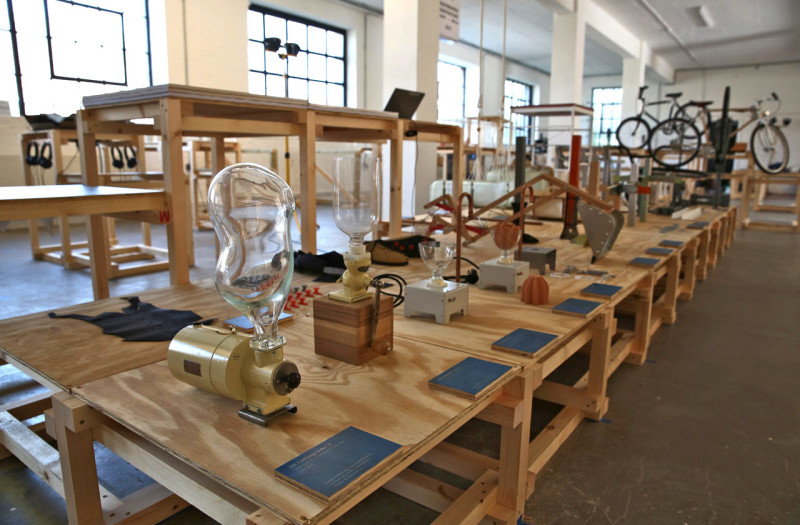 In 2013 the exhibition was invited to New York and displayed at Studio 231, at the New Museum. One of the claims of this new show was to face the idea of design as a critical tool. To do so, a short selection of the original projects was included, coupled with new additions, such as Defense Distributed 3D printed gun, The Liberator or Josh Begley’s app Metadata+, an iPhone app that convert every reported covert U.S. drone strikes into a notification on your mobile phone. This exhibition was followed by a small show in London, at Lime Wharf gallery. In both cases, the initial participant project OpenStructures, had been adapted for designing the modular tables for the exhibition design.

Adaptation of Adhocracy original exhibition in Istanbul for the New Museum in New York. It was part of the second biennial IDEAS CITY Festival in Manhattan, NYC. 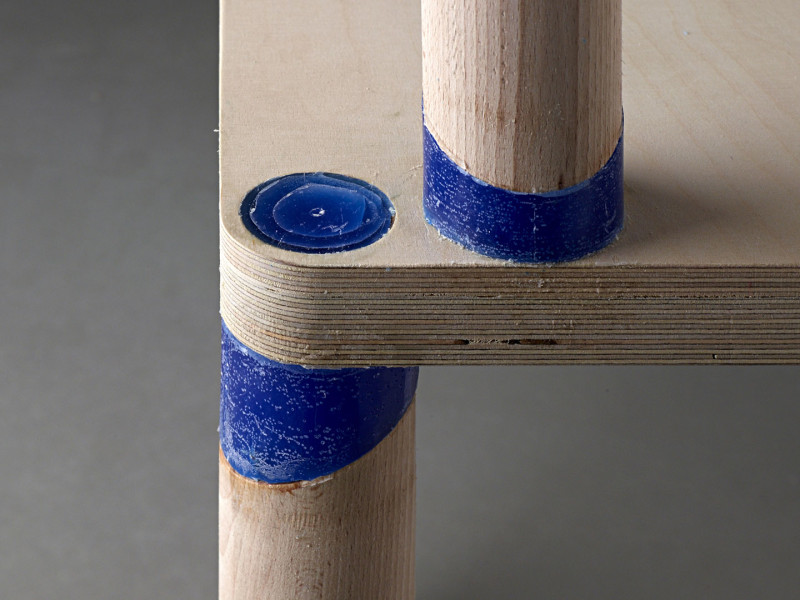 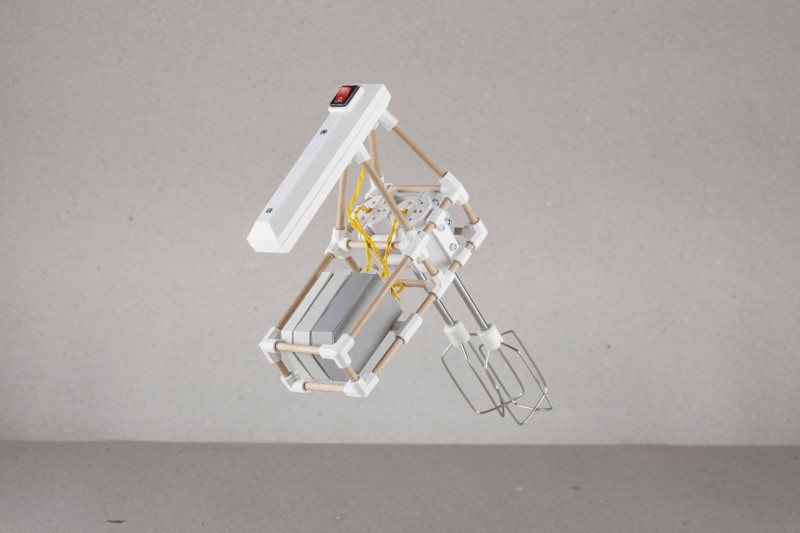 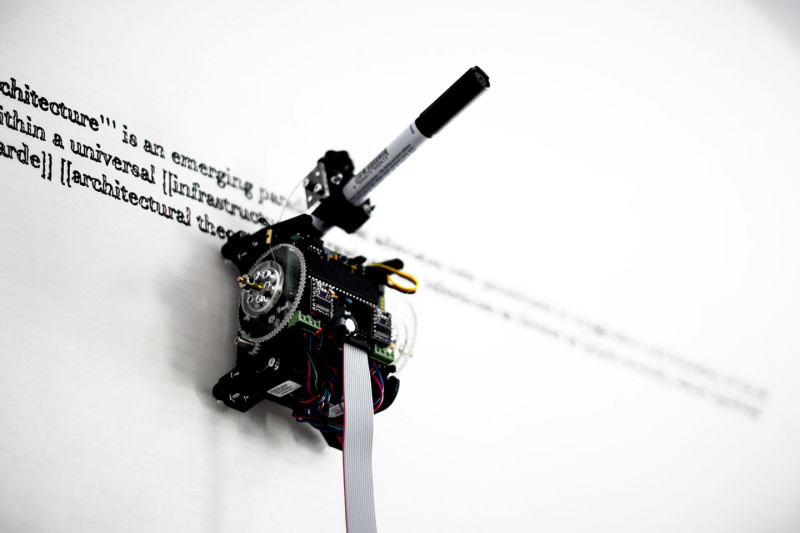 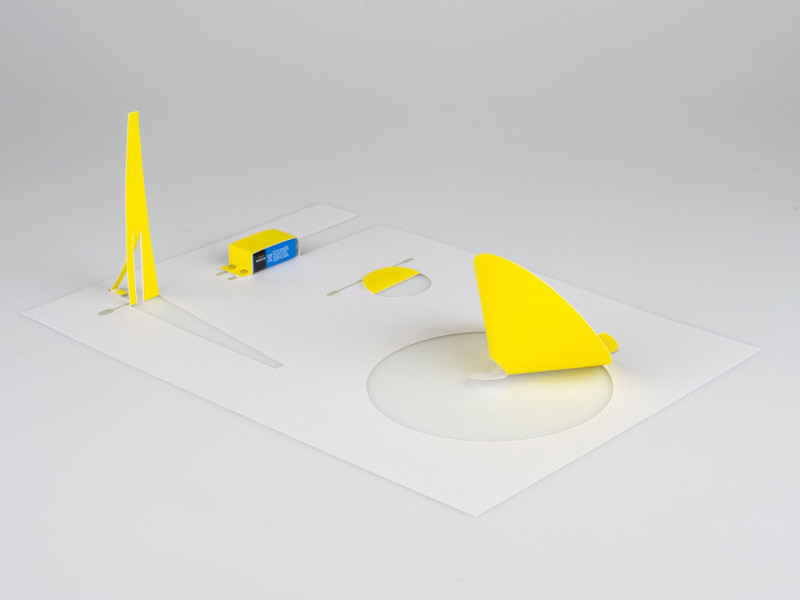 By it’s very own nature, Adhocracy is a work-in-progress project, answering to specific contexts; this fact has been a relevant issue taken in consideration for the final selection of exhibited projects.

At the first moment the research pointed to people who make things, and now the focus is on how people is moving from making things to making the commons. Current regional dynamics and specific conditions in Athens make the perfect context to continue this research, with exhibited projects that intend to transform daily life by using technology, reinforce the notions of self-organization, open processes, new economies, DIY manufacturing; and often avoid techno-fetishism.

This new context for Adhocracy is the result of connecting the current political and economic situation in Greece with the global approach of the networked society. Nowadays it’s easy to understand how the place for production has been extended from the workshop to the street and the city. The process of design and the way that we define a product is affected not only by labor conditions but also by the development of new alternative pedagogies. While focusing on the process rather than on the final object, it is possible to subvert the economic system based on consumerism. The Adhocracy exhibition in Athens will not only reveal the current alternative ways of production process and the social-economic realities of design but aims to share concrete results and methodologies, realms of thinking and critical understanding of labor, product, and education.